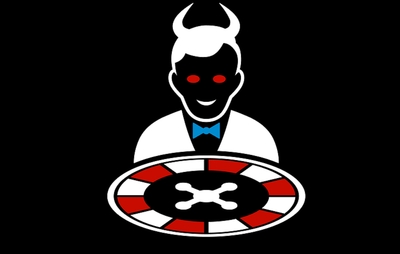 This is one that will get the superstitious among you thinking.

There is a theory, albeit not a very convincing one, that the game of roulette is linked to none other than Beelzebub himself – that’s right, the devil.

This silly piece of folklore comes from the fact that all of the numbers on a roulette wheel, when added together, create the number 666.

For those of you that don’t know, this is supposedly ‘the number of the beast’ – whatever that means.

It actually comes from the Book of Revelation in the New Testament, so perhaps we shouldn’t mock for fear of being smote…

666 on the Roulette Wheel 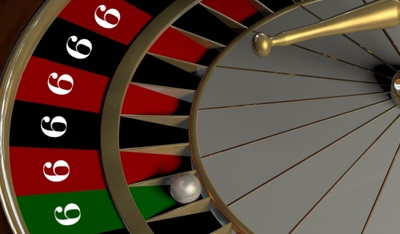 To avoid confusion, the number 666 doesn’t actually appear anywhere on the roulette wheel, but if you add all of the individual numbers on there together, 666 is the result.

But people have taken it even further than this, making huge leaps and finding crazy combinations of numbers to find yet more ‘evidence’ of the number 6 being hidden within the numbers.

For example, if you add any three numbers running diagonally or vertically on the table you can end up with the number 6, but it’s a bit far fetched.

The link is tenuous at beast. Sorry, best.

The Devil and Roulette 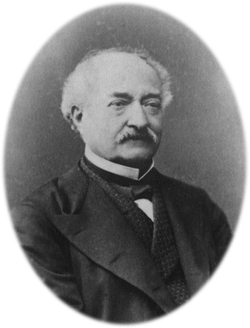 Exactly where this rumour came from is as hotly debated as where the game itself was first dreamed up. Stories of a medieval monk driving himself insane trying to beat the game he invented are probably not be believed though.

It is widely accepted that Blaise Pascal set the roulette ball rolling, although without inventing the game as we know it, but it is Francois Blanc who gets the honour of being most associated with the link to the devil.

He is credited with removing one of the zeros from the roulette table, creating the European roulette variation most of us enjoy today. He did this to increase the odds for the player, in order to tempt gamblers away from competing casinos in Paris and get them to spend their money in Bad Homburg where he had set up.

This was a huge success and Blanc made his fortune many times over, repeating this in Monaco with the Monte Carlo casino.

Such was his success, that rumour began to circulate that he had done a deal with the devil to discover the secret of roulette, and the maths explained above that leads to the 666 total was often cited as evidence of his soul selling.

This was back in 1843 when people didn’t have Netflix to entertain them, and only a few decades after electricity had been discovered, so the average man and woman were far more susceptible to myths and wild stories than most of us these days.

The stories have persisted though, outlasting all of the people involved in them.